Not Another Great Adventure

Addison is a mild-mannered murderer who appeared in John Smith's past adventures as reviewed by Professor Copperbottom in the second series of his adventures.

Addison is a mechanic who works in a lobby house beside Tanner and Tyler's house. He was a very shy but humouristic guy who likes to create his own comedic alter-ego, The Alpha-Master.

Afterwards, he become a monstrous being, known as The Perriclaverne. It was a giant mythical sea creature that has a shark-headed, crab-like claws and elephant-like body. According to Olly Alexander, that the Perriclaverne was a legendary creature from the Lovecraftian mythology.

In fact, Addison has no superpowers. But except, his notable abilities that he revealed soon. His main reference is from Captain Chaos from the Cannonball Run comedy franchise. He also says "Dun-dun-dun, it's HIM!" & "Gnnnarwwwwl!" He also murders any people by eating them with his teeth.

References in other media

According to Olly Alexander, that he knows that Addison has being influenced from his character attitude during his high school years.

He said, "GNNNARFFFF!" to his classmates when he refered the noise from the dragon from the Harryhausen Sinbad trilogy franchise.

The Adventures of Professor Copperbottom 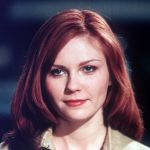